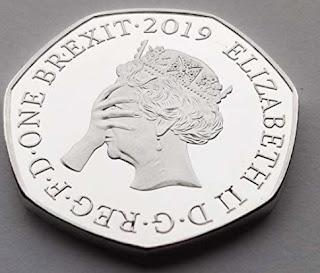 In my decades in politics, my colleagues and I have always had to fight against the idea that politicians as a body are dishonest, liars, at best people who will say anything to get what they want, and people who break promises. Suddenly, we have a government who has adopted all the worst stereotypes and made them their own.

Since Boris Johnson came to power, we have had impossible promise after impossible promise - all broken. We have had grandstanding on a huge scale and we have had reckless, uncosted spending promises, seemingly made because the government know that they will never have to implement them. It is almost as if some ministers will say anything to get their own way and damn the consequences.

Is it any wonder that people are disillusioned. The noble art of politics is at the lowest ebb I have ever known it, and there is not a statesman in sight.

Now the Prime Minister  has been forced to accept that we are in the EU until at least 31st January 2020 and the three million commemorative 50p coins emblazoned with the 31 October date are to be scrapped, shredded and melted down.

The intention is to have another go, once a new date has been agreed, but as somebody tweeted yesterday: 'Brexit has had more dates than me this year alone'.

We have seen more money poured down the Brexit drain with no measurable outcome. The whole project is turning into the biggest government white elephant of all time - and that is saying something.

In the meantime the economy is staggering about like a lost drunk, lost in uncertainty, and our view on politicians and government continues to spiral into the ditch that Boris Johnson has somehow dodged, yet again.

Whatever the government is doing, or thinks that it is doing, does not appear to be in our best interests or that of the country. The question is, do they care?

Comments:
Agree with this Peter though not sure about the use of the 'homeless drunk' analogy. Keith Edwards

Fair point. I have amended it

Our interests, the countries? No.The interests of Johnson and his millionaire backers who fund himand who want to syphon off a lot more 50p coins.

I think Johnson had promised his millionaire backers the chance to bet against the UK currency by promising we'd be out by 31st October. Hopefully his friends have now lost oodles of money by the Brexit postponement.