The etiquette of gifting books

As I posted on Facebook a few minutes ago, The country may have lost its collective senses but cheer up, you can still buy my novel here. Of course you may wish to buy it for somebody else, after all, Christmas is less that two weeks away. If so, then it is worth reading this piece in the Guardian, on the etiquette of gifting books. 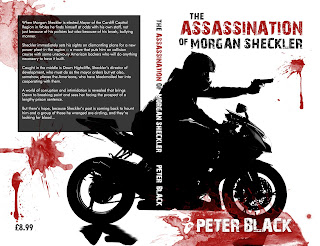 Elle Hunt tells us about rare book dealer and author Rick Gekoski's two rules on buying books for others:

“The first is, always save a receipt” – the reason being, if a book has jumped into your mind as the perfect present for someone, it has doubtless occurred to someone else. When Lynne Truss’s Eats, Shoots & Leaves was published in 2003, Gekoski recalls, “everybody got five copies for Christmas” – then tried to regift them to others who already had several copies themselves.

And the second rule? “Never write an inscription in a book, unless you’ve written it yourself.” (He is bemused by authors who do not like to give their own books, lest they be thought of as self-promoting.)

Gekoski suggests people restrict their sentiment to an enclosed card, in part to encourage people to own fewer things, and to extend the life of the book. “A third of everybody’s gifts end up in somebody else’s house, or in Oxfam. No matter how much you love the person, you’re basically defacing the book.”

It is possible that as a rare book dealer Gekoski has a particular bias on the matter. For those who buy secondhand books, past lives evoked by inherited personal inscriptions may be part of the appeal. And for those who give new books, writing in the inner leaves may be the final flourish that transforms them into presents, like an artist’s signature.

Yes, it is self-involved – but arguably the gift of books says more about the giver than it does the recipient. In a recent New Yorker profile, Jamie Lee Curtis said she buys People Will Talk, a 1985 collection of show business interviews by film archivist John Kobal, “all the time” to give as gifts – most recently, to her Knives Out director Rian Johnson, “as a way to sort of say hi”. (The interviewer, Rachel Syme, admitted that she herself bought 10 copies as a result.) At least part of the satisfaction of giving books lies in at best signalling your own taste, and at worst imposing it. If you are not giving a book you loved so that the recipient can agree with you about its brilliance, you are attempting to demonstrate your mastery of the brief, pinpointing the title that will delight them most, that they don’t already own. But good etiquette is to “choose for the recipient, rather than what you think they should read,” says Dave Kelly of Blackwells.

Just for the record, I am available to put any message you like in my own novel for when you give it as a gift, or just if you bought it for yourself.