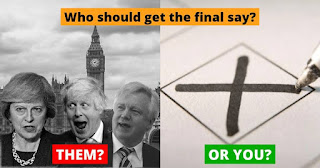 A leaked cabinet document containing the government's new analysis of the impact of Brexit has suggested that the UK would be worse off outside the European Union under every scenario modelled according to Buzzfeed.

They say that the assessment, which is titled “EU Exit Analysis – Cross Whitehall Briefing” and dated January 2018, looked at three of the most plausible Brexit scenarios based on existing EU arrangements:

Under a comprehensive free trade agreement with the EU, UK growth would be 5% lower over the next 15 years compared to current forecasts, according to the analysis.

The "no deal" scenario, which would see the UK revert to World Trade Organization (WTO) rules, would reduce growth by 8% over that period. The softest Brexit option of continued single-market access through membership of the European Economic Area would, in the longer term, still lower growth by 2%.

These calculations do not take into account any short-term hits to the economy from Brexit, such as the cost of adjusting the economy to new customs arrangements.

It is little wonder that the government have not published this document. It confirms all our worst fears about Brexit and underlines why the public need the final say on any deal.

Comments:
To me the implication behind this 'leak' is that this is a push to influence, encourage the remainers. A deliberate ploy that i can agree with.