In retrospect the sacking of Alun Davies as Minister for Natural Resources and Food was inevitable even if the Western Mail took a week to wake up to the fact that he was not a future First Minister.

The attempt to abuse his ministerial office so as to obtain personal information on his opponents was the last in a long string of offences. However, the chain of events do raise some disturbing questions.

At  At 9.37am on 2 July, the day after the First Minister decided not to sack him for breaching the Ministerial code, the day after he had apologised to the Senedd and the day after he had come under sustained personal attack from opposition Assembly Members, Alun Davies emailed his private secretary to ask for information on farm payments paid to five AMs and their fanilies. The e-mail is below. 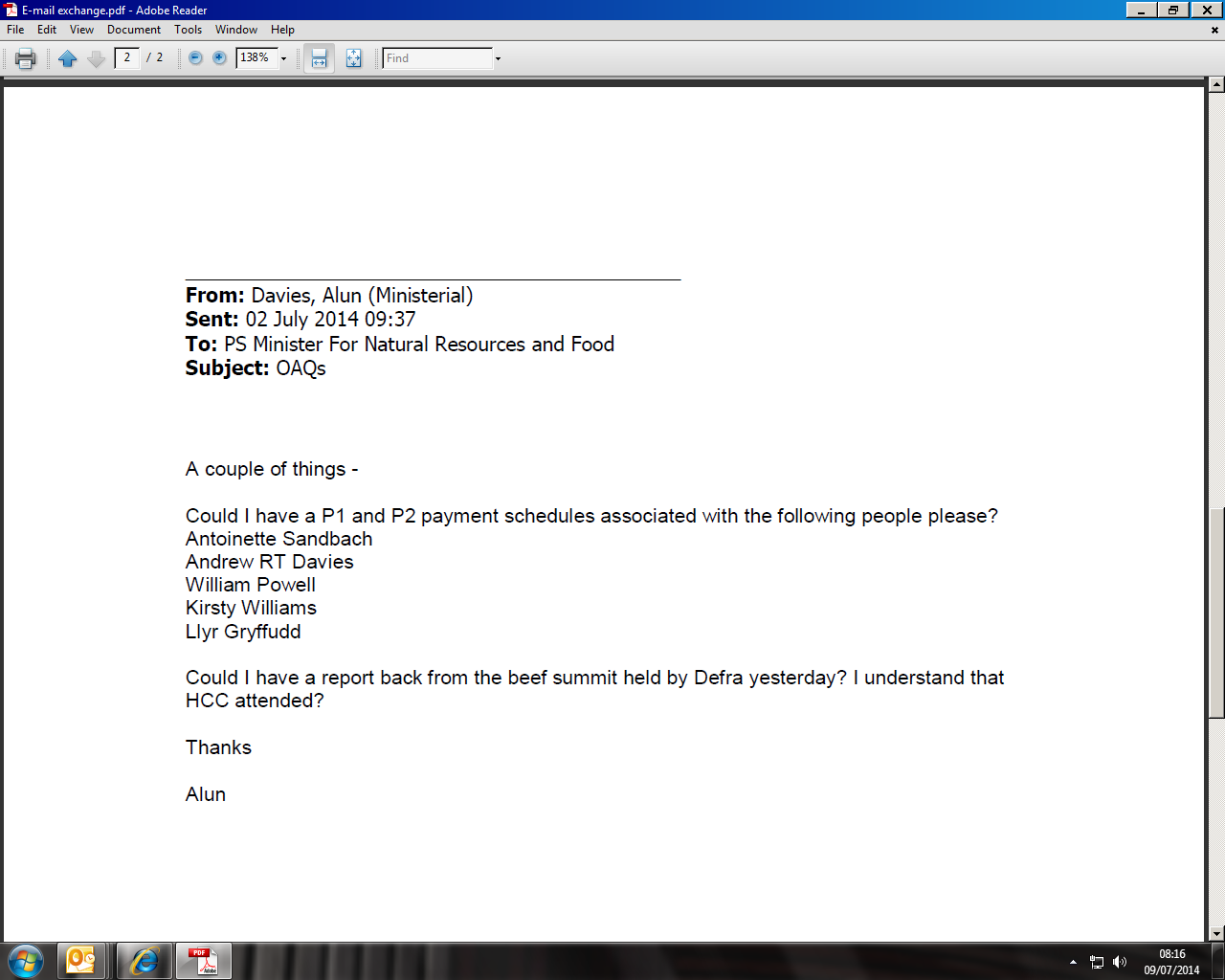 That afternoon, the Labour Senedd twitter account, run by Labour staffers posted two puzzling tweets. They replicated two questions by Kirsty Williams AM on farming matters but offered no other comment. It was as if they were priming themselves for a wider attack. |

Kirsty Williams, in the same way as the other four AMs has always properly declared her interest and there has never been any suggestion of her or the others doing anything wrong. The tweets are below. 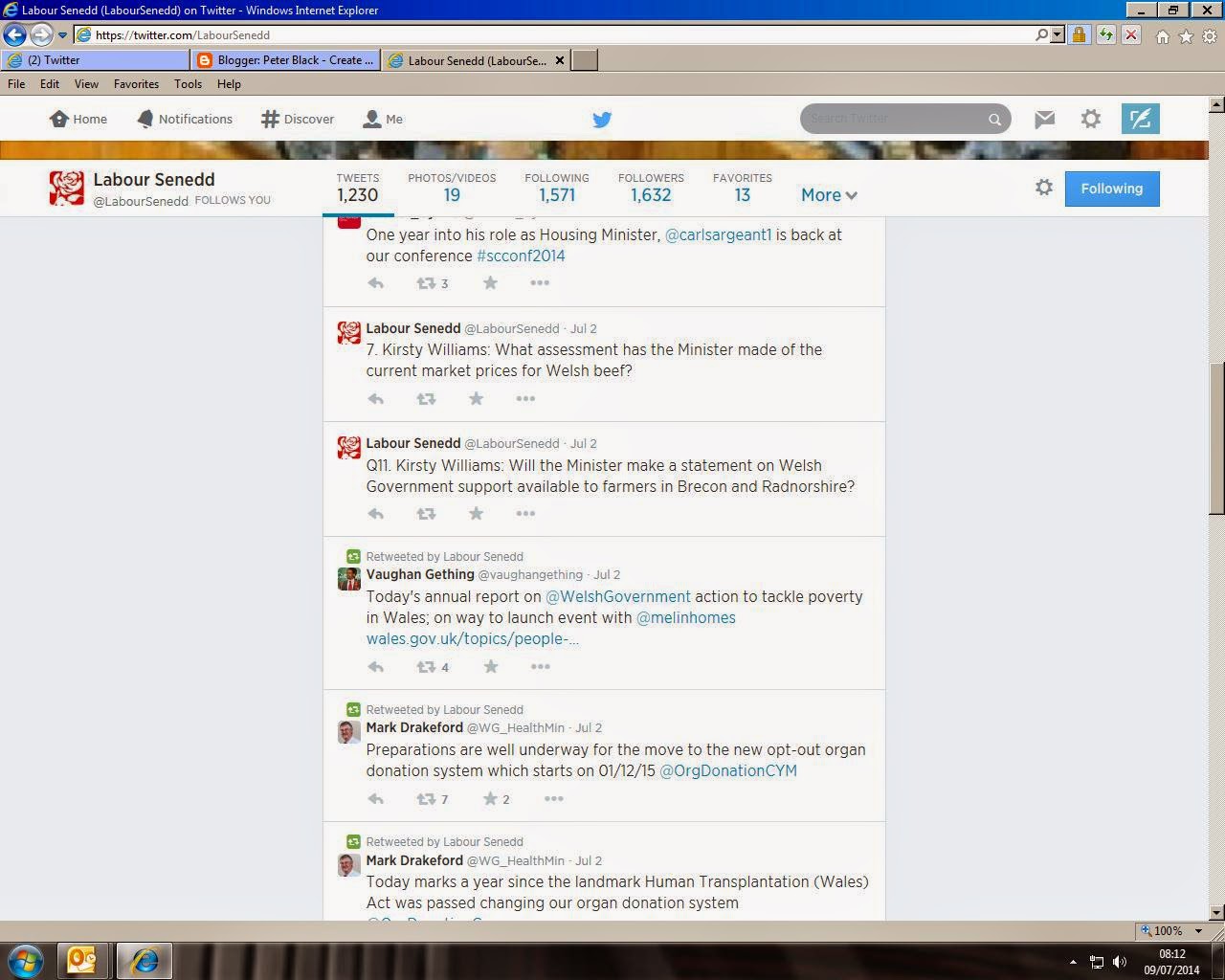 Was the information sought by Alun Davies needed for a planned smear campaign on the five Assembly Members by unnamed Labour campaigners? Was he acting alone or were his actions part of a wider Labour strategy to throw dirt at the opposition by implying that there was something untoward about perfectly legitimate payments?
If that is the case then sacking Alun Davies is not enough. Perhaps Carwyn Jones needs to rein in the attack dogs in his party as well.﻿
﻿

Comments:
Pardon the observation but this reads like a smear about a smear.