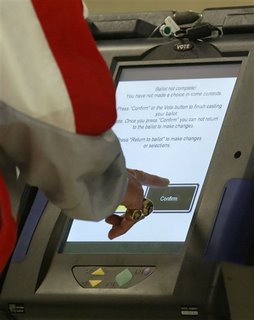 Brian Gibbon's faux pas last week, in which he opposed a public enquiry into the ambulance service and then accidentally voted for it, seems to be catching.

In yesterday's Plenary we had a long and involved debate on nine separate items of legislation, each requiring two votes, together with a series of amendments. The subject was the licensing of houses in multiple occupation, a cause that did not entirely attract the sympathy and support of the Tories.

They tabled an amendment effectively dissing the whole notion and earned suitable retorts from other parties about Rachmanism etc. Their amendment was as follows:

add a new point at the end of the motion: supports greater protection for vulnerable people living in HMOs, but believes that excessively burdensome regulations could restrict the availability of affordable rented accommodation and increase the cost of housing for those on low incomes.

In support of his point of view, the Tory Social Justice Spokesperson, Mark Isherwood, (an oxymoron if ever I saw one) outlined a long and detailed argument about how the new regime will impose costs on reputable landlords and consequently drive up rents. His views obviously had an impact on his eight colleagues because when it came to voting on this Conservative amendment all of them abstained. Mark Isherwood was the only person to vote in favour.

Thus the final voting was For 1, Abstain 8, Against 44. Somehow the entire Tory group had conspired together to press the wrong button. Perhaps they need to join Brian Gibbons in voting classes.

Comments:
Nice to see the Conservatives all agree on so much. Maybe before the table such an ammendment they'll come and look at some of the "lovely" student housing I've seen from so called "reputable" landlords?