A question of identity 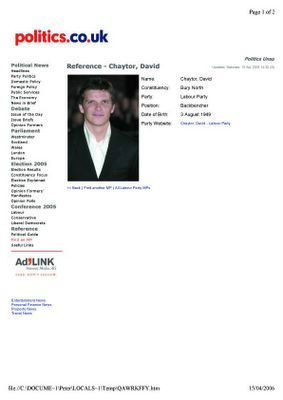 Somebody, somewhere thinks that thespians should play a more prominent role in politics. What other explanation could there be for Eastenders actor, Nigel Harman masquerading on the politics.co.uk site as Bury North Labour MP, David Chaytor.

This is not the first time this has happened. Back in August 2005 I highlighted the fact that Islwyn MP, Don Touhig, was featured on the same site as a racehorse. That picture remains there to this day. The politics.co.uk strapline is 'politics unspun'. Perhaps the webmaster has become unpicked.