How long can Johnson survive as Prime MInister? 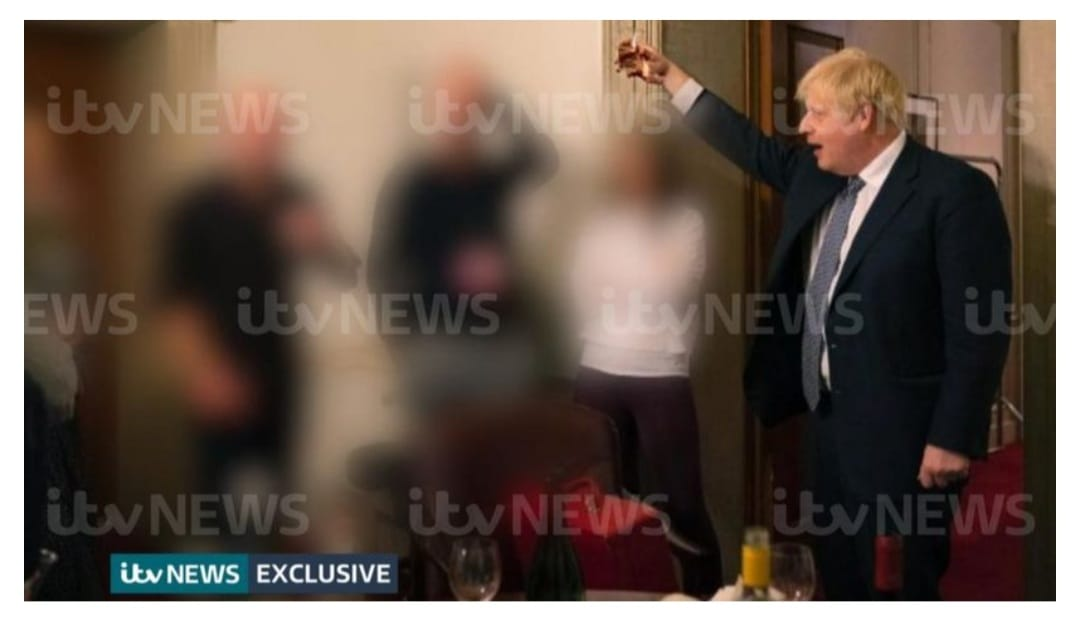 Things are getting rather hot for Boris Johnson at the moment, and it doesn't look good for the Metropolitan Police and their apparently selective pursuit of the parties in Number Ten either.

The Guardian says that Downing Street officials have started briefing the media anonymously, going so far as alleging partygoers in Downing Street were so cramped together at a leaving do attended by Boris Johnson that some were forced to sit on each other’s laps:

No 10 officials speaking anonymously to BBC Panorama said they sometimes arrived at work to find bins overflowing with empty bottles from parties the night before and security guards who tried to stop one illegal gathering taking place were laughed at.

Their testimony comes as the prime minister braces for fresh embarrassment with the long-awaited publication of a report by the senior civil servant Sue Gray, likely to be completed on Wednesday.

Some of those who worked in Downing Street said social events became routine during the pandemic despite strict laws forbidding indoor and outdoor mixing.

After Johnson was pictured drinking at a leaving do for his then director of communications, Lee Cain, in November 2020 when England was in its second lockdown, one of those who attended told the BBC: “There was about 30 people if not more in a room. Everyone was stood shoulder to shoulder, some people on each others laps.”

They described staff in Downing Street reacting with disbelief when Johnson claimed in parliament all rules had been followed when the Partygate scandal first emerged last December. The source recalled: “We were watching it all live and we just sort of looked at each other in disbelief like: why? Why is he denying this?”

They said they had felt like Johnson had given “permission” for the events to take place, adding: “He was there! He may have just been popping through on the way to his flat because that’s what would happen.

Another Downing Street staff member suggested parties were held “every week” in the office, with “wine time Fridays” a regular feature in the press team’s diary at the end of the week.

The source said life appeared to continue as normal during the pandemic in No 10. “We saw it as our own bubble,” they admitted.

Once more the Metropolitian Police have serious questions to answer as to why they seemingly targeted junior staff and left the bosses relatively untouched. But with those staff now talking freely, surely it is only a matter of time before Tory MPs decide that enough is enough, and that Johnson must go.

Comments:
Peter. I wish I had your confidence. Johnson will have to be dragged kicking and screaming out of Downing Street and will never go voluntarily. As for his MPs sacking him, pull the other one. They simply don't have the balls. Let's hope that when the next GE comes, voters will give him and his party the heave ho.