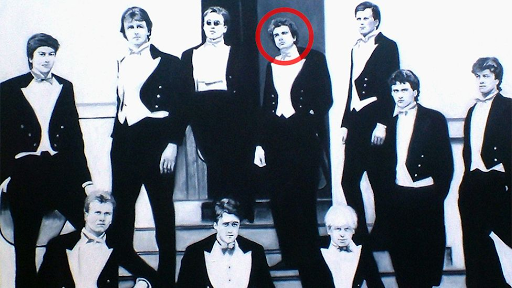 The irony of a former Bullingdon Club compatriot of the Prime Minister being appointed as a member of the committee on standards in public life, a body set up to expose patronage and unethical behaviour, has not escaped those tasked with watching the way the current UK Government so casually circumvents rules and conventions to get its own way.

The Independent says that Ewen Fergusson, a member of Oxford’s infamous dining club at the same time as the prime minister, has been named as one of two new members for the committee on standards in public life. The reaction has been scathing:

Sir Alistair Graham, former chair of the independent committee, claimed the appointment was “pathetic” – given the friendship between Mr Johnson and Mr Fergusson.

“It really is desperate if you have to be a university mate of Boris Johnson to qualify to sit on the committee that is supposed to examine sleaze,” Sir Alistair said.

“I doubt that the experience of the Bullingdon would provide any of the right qualifications. It seems like a completely inappropriate appointment.”

The paper adds that Mr Fergusson – a former partner at Herbert Smith Freehills legal firm – was photographed alongside both Mr Johnson and David Cameron at a gathering of the Bullingdon Club in 1987. But permission to republish the photograph has been withdrawn by the photographers who hold the copyright. The reports goes on to outline the chequered history of this notorious club:

The elite dining club, satirised as “the Bollinger Club” in Evelyn Waugh’s novel Decline and Fall, has become notorious for its strange rituals and riotous banquets.

In 2005 four members were fined after the group smashed 17 bottles of wine at a country pub outside Oxford.

Mr Johnson was recently criticised for allowing Whitehall watchdogs to remain “toothless” after he rejected recommendations to give his own ethics adviser powers to launch inquiries into misbehaviour by ministers.

The independent adviser on ministerial interests, Lord Geidt, must wait for the green light from the prime minister before opening an investigation into alleged misconduct.

So much for accountability and transparency.

Comments:
Johnsons idea of 'levelling up' is to get people of his standing!?!? into positions where he is safe from scrutiny.Even Lord G cannot act without rogue No1 saying so. He can therefore pick and choose which 'sleaze' is investigated.Result equals 'get at his enemies',a sort of control of others leaving him as Dictator (Trumpite)and secure.