The arrogance of South Wales Labour

It has certainly been an eventful political weekend in South Wales, starting with the Labour leader of Neath Port Talbot stepping back so the Ombudsman can investigate a leaked tape of a talk he gave to a local Labour Party branch, in which he called a regional female Senedd member a 'cow' and suggested that public money is being used by his authority in a preferential way to gain party political advantage.

Wales-on-Line pick up the story, reporting that Neath Port Talbot council's Rob Jones made the 'cow' comment about Plaid Cymru's Bethan Sayed at a meeting in 2019.

But as disturbing as this unacceptable misogyny from a leading public figure is, there are far more serious allegations arising from this tape, including the description of the way public funds are disbursed in Neath Port Talbot:

Ms Sayed, MS for South Wales West, said she had also called for an investigation into the recording as a matter of urgency.

She said: “I find the choice of words on the recording, and the tone used by Councillor Rob Jones in his criticism of me, other councillors and community members, to be despicable.

“Many comments made in this recording suggest worrying and deeply improper practices at the top of Neath Port Talbot Labour run council, and I call for a full investigation into this issue, as a matter of urgency.

“It would appear that Cllr Jones is suggesting that some council decisions are not solely based on the merit of a given project or scheme in the borough, which of course should be the case. No decisions should be made based on political preferences. This is deeply worrying, as it could directly impact communities across NPT, undermine democracy, and people’s faith in the council long-term.

Meanwhile in Swansea, huge controversy and debate has arisen as a result of the council finally installing their landmark footbridge across Oystermouth Road. Already the bridge has given rise to a number of memes and has been described a a giant taco, a pasty and a crunchie bar. 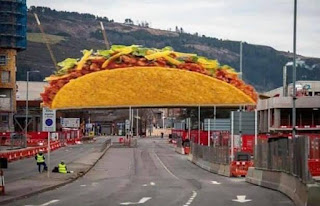 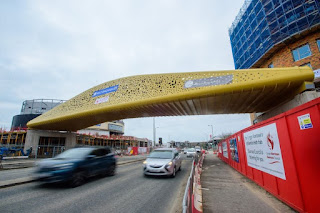 The bridge forms part of a £135 million arena development, which is almost completely funded from public funds. Swansea's borrowing alone will lead to annual repayments of £7 million a year, the equivalent of 8% on council tax. Unfortunately, a scrutiny committee was told recently that we can only expect 20 permanent jobs as a result of this investment.

The development itself may or may not help to rejuvenate the city centre as is intended, but the over-the-top bridge is not endearing it to local people. It is very much in line with the bread and circuses approach to ruling the city adopted by Labour, also preferred by Roman emperors of old.