It is polling day and inevitably it is raining. What this will do for turnout and the eventual result is difficult to predict. Either way I am just about to leave for a seat where the Liberal Democrats are competing to win and I am taking a change of clothes.

In the meantime, here is an article on unintentionally funny election leaflets including the one below that surely legitimises even the dodgiest Liberal Democrat bar chart. 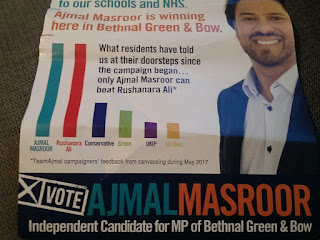 My favourite is the independent candidate in the Cotswolds demanding that we do not consent to a host of crimes committed by an undefined 'they'. This includes 'Don't consent usurious banks' and 'Deny them their implied right to govern/tax you'. The leaflet allegedly contains a 'freeman's New Model GOV; Sample Contract within!'  Perhaps a course on the use of punctuation would benefit this candidate.

And of course anybody who has been leafletting for any significant period of time has met this guy on the other side of the letterbox, determined to resist your entreaties at any cost. 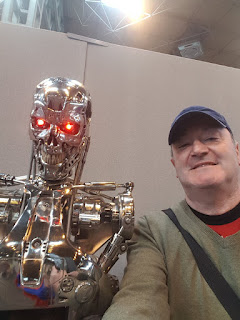 Theresa May, Jeremy Corbyn, Tim Farron, you have been terminated!