I have just had a  very enjoyable Sunday lunch in the Gower Hotel, set in the picturesque Bishopston Valley next to St Teilo's Church.

I would happily recommend the hotel if you wish to eat or to stay on the edge of the Gower area of outstanding natural beauty. It is located just few minutes drive from the lovely villages of Kittle and Bishopston and within striking distance of Caswell Bay, Pwll du Bay, Brandy Cove and Pennard Cliffs at Southgate.

From Southgate you can explore the old haunts of Gower poet, Vernon Watkins, a friend of Dylan Thomas (and the better poet in my view). There is a memorial to him just below the cliff edge in Southgate, where you can while away the time watching seagulls circle.  Equally, you can strike out in the opposite direction towards Pobbles and Three Cliffs Bay, at the bottom of a river valley dominated by the magnificent but ruined Pennard Castle.

Or you could do what we did and explore the splendid St. Teilo's Church next door to the Hotel. 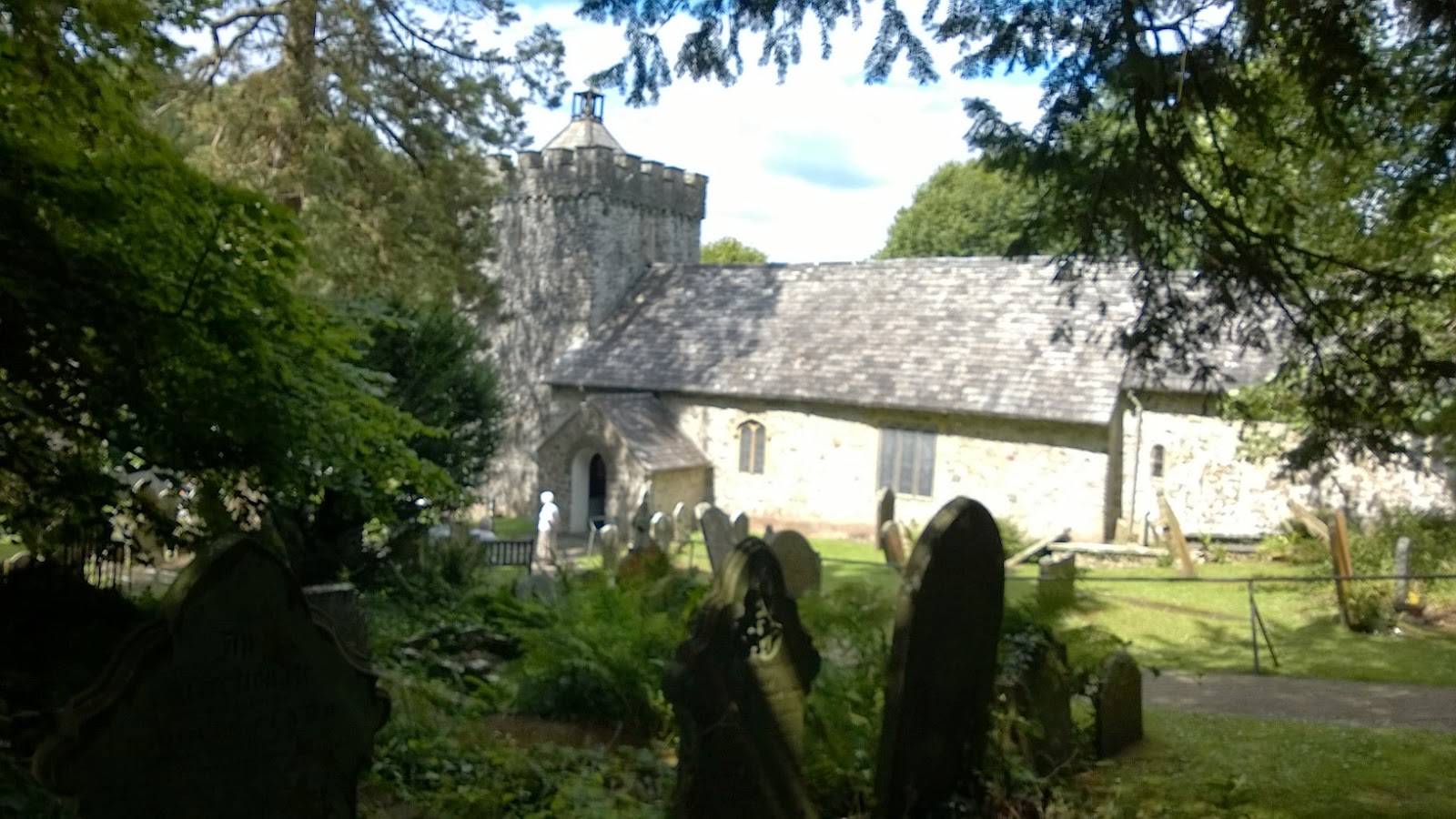 The information leaflet tells us that the parish church of St Teilo occupies the site of one of the earliest Christian settlements in Wales. The old Welsh name of the village is Llandeilo Ferwallt, which means Church of St Teilo. According to the book of Llandaff, the church dates back to 480/490 A.D. when St Teilo established a Llan (Church) hidden in a dell above the stream. This was probably a simple wooden fenced open enclosure where the faithful met for worship and to celebrate the Eucharist. Later a cell or small chapel was built on the site. 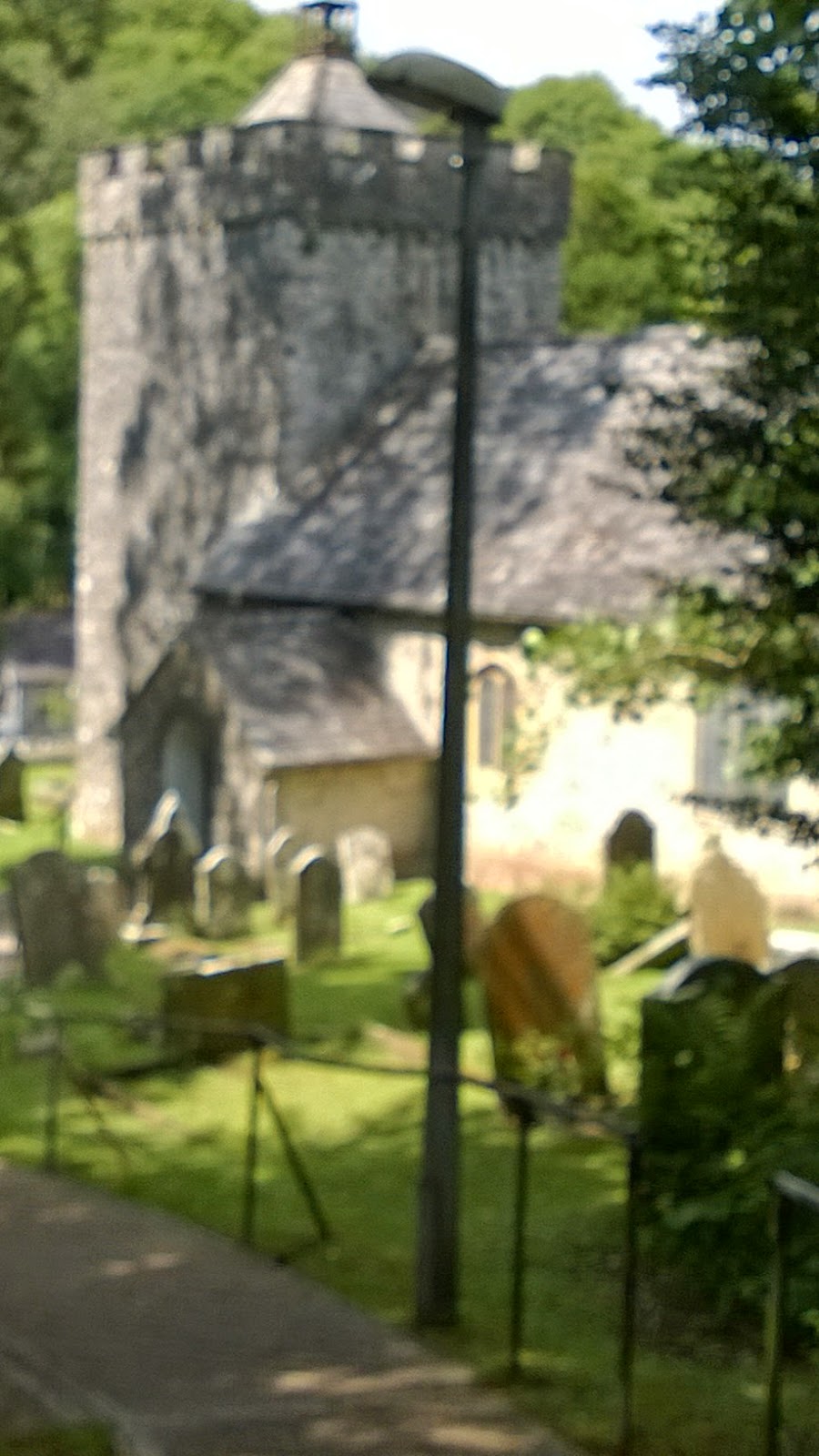 The Tower is designed in the English or Norman style and is typical of Gower churches, being of simple construction, as is the main building, dating from the late 12th or early 13th century. The leaflet says that the battlements were probably restored in the 19th century but the tower was undoubtedly designed as a safe refuge for the villagers from the sudden attacks by marauders from the sea. Another notable architectural feature is the 'corbel table' of Welsh pattern which runs around the tower below the battlements.

Inside the church the font is particularly worth a look. It is late Norman and is carved out of a single square block of limestone standing on a circular stem, the oak cover is modern.

You can find out more about the church here whilst the Friends of St Teilo's have their own Facebook page here.

Mention of Brandy Cove reminds me of a story from 1985 when a very good friend of mine captured Bishopston for the SDP on West Glamorgan County Council. At the time the new councillor was working as a customs officer.

The name Brandy Cove of course refers back to the area's reputation as a centre of smuggling. The sands were used to land illicit cargo of tobacco and alcohol. There are convenient caves there and a fairly secluded footpath up to the main village.

My friend's election elicited a comment about how times had changed. That day the village had elected a customs officer, a hundred years previously they would have strung him up.