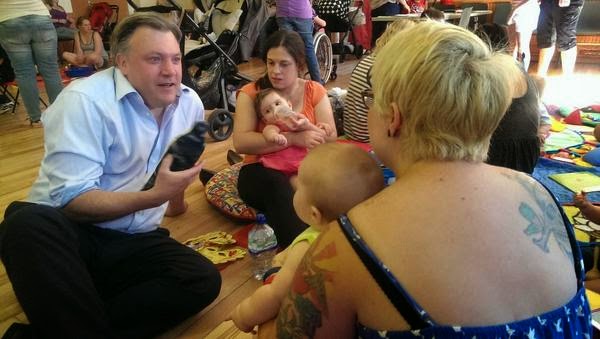 The record of Labour politicians and twitter is not good but at least Ed Balls has a sense of humour and the ability to laugh at himself.  Nevertheless, the Independent has a bit of fun at his expense due to this self-tweeted picture of the Shadow Chancellor fondling a pigeon.

They point out that less than a week since Ed Miliband took a stand against "photo-op politics", here is Ed Balls, doing precisely that.

It could be argued of course that no politician is going to abandon a decent photograph just to appease their leader's misguided sancitmony and so it proved. After all, a good picture is the best form of communication. What I cannot work out is what message this particular image is meant to convey.

And what is it about Labour and birds? As the paper points out it is not so long ago that Labour had its own Twitter snafu when the party's press account accidentally promised every one an owl. It has not taken long for that promise to be downgraded to offering only a humble urban pigeon.

Comments:
Next: cloth cap and a ferret.