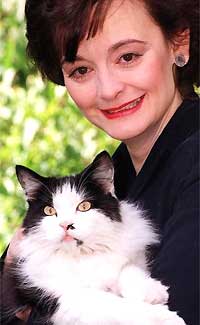 Humphrey the Downing Street cat has died at his retirement home. Famous for upsetting Cherie Blair, who threw him out of his home and place of work, he also proved to be the most efficient pest controller ever to have called No. 10 his home. The Times sums his career up perfectly:

During his Downing Street years, Humphrey also played a crucial role in ridding Whitehall of unwanted guests. In a 120-page file released by the Cabinet Office last July, one official wrote: “He has caught numerous mice and the odd rat. By a perhaps unfair comparison, Rentokil have been operating for years and have never caught anything.”

The same civil servant, in answering whether Humphrey had ever given birth, replied: “No, he has been positively vetted.” The file added: “He is a workaholic who spends nearly all his time at the office, has no criminal record, does not socialise a great deal or go to many parties and has not been involved in any sex or drug scandals that we know of.”

Humphrey, a long-haired black and white, was a stray before arriving in Downing Street in 1990

He was named after the fictional mandarin Sir Humphrey Appleby

He narrowly avoided the wheels of President Clinton's two-ton Cadillac

The paper also reports that the Prime Minister has also been informed of Humphrey's demise. Are we to expect a tearful tribute in the House? Surely, even Tony could not be that popularist and opportunistic.

Comments:
There are people dying all over the world war, poverty, misery and the fact that you're ginger, and your more worried about a bloodly cat!!!